By the end 2017, it is estimated that 30% of Africans had a smartphone. People are using mobile technology to interact and enhance the effectiveness of tasks in their daily lives (e.g. mPESA in Kenya). For example, in Tanzania, mobile technology is becoming more affordable, powerful and recurrent even in lower-income regions. In 2015, there were almost 32 million mobile phone users. An increasing number of those mobile devices are smartphones that are mainly used by the youth. As of June 2016, there were 7.5 million Internet users in Tanzania. This figure increased to 23 million Internet users in 2017. With over 6 million Facebook users in Tanzania, thousands are using Facebook groups (amongst other social media platforms) to share medical concerns. This phenomena, which is dangerously trending in many African countries, causes the fast diffusion of medical myths. Now, imagine if we could bring the online youth into our safe community where they can access confidential and reliable health advice?
So we thought, what if we could leverage mobile technology to enhance access to healthcare. What if health advice could be at hand? This is YAPILI. We deliver Health@Hand.
It is easy to use, maintain and scale. YAPILI brings the innovative model to healthcare and relies on three elements leading it to success at scale: real-time, crowd-based and peer-to-peer. YAPILI leads by example in terms of data privacy and safety and security of the platform. We believe that enhancing access to health in Africa is no longer confined to borders thanks to technological development. The purpose of YAPILI is to decentralize access to quality health advice and centralize medical data. 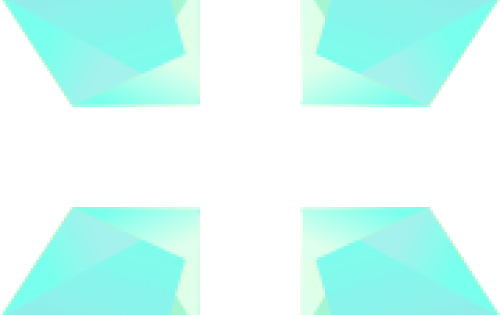 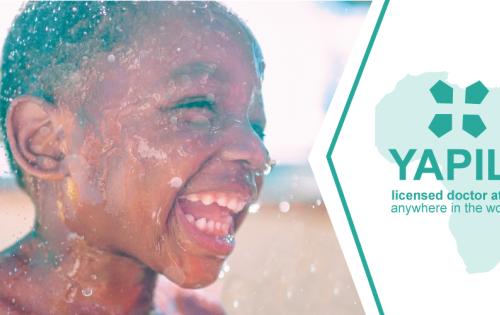 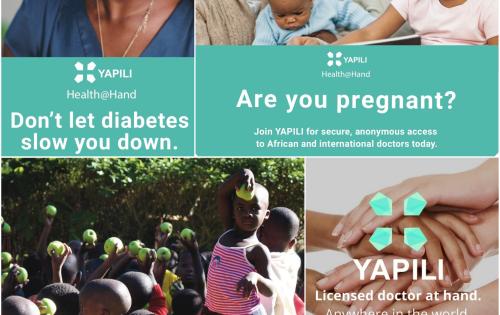 There are multiple issues that we are targeting with our solution. We highlight 6 crucial problems that we are tackling: 1) Shortage of doctors. 45% of WHO member states have less than 1 physician per 1000 population. Sub-Saharan (SSA) countries make up the vast majority of these countries, with most having < 1 per 2000 population. For example, Kenya has a population of 47 million people and there are only 74 psychiatrists!  We are leveraging medical expertise in the Netherlands to connect our African user-base. 2) Long waiting times & high patient load. Shortage of professionals leads to an inability to provide effective services, leading to lengthy wait times at clinics.  3) High cost of health services. As much as 70% of health expenditure in SSA paid directly out-of-pocket (compared to a 46% of total health expenditure worldwide). 4) Stigma. Mental and sexual health issues, remain stigmatized, limiting health-seeking behaviours. 5) Limited electronic medical records. The efficiency of data management is limited,(and accuracy of healthdata is questionable. Access to health records remains in the hands of the care provider, not in that of the patients, limiting empowerment to their health status. 6) Access to internet is growing FASTER than access to healthcare. What does that mean? Young people have a quicker access to Facebook groups designated for health concerns, than to their local health facility.

YAPILI connects African users to medical professionals anywhere in the world! We developed a peer-to-peer platform through our app and web platform for African users from 8 countries can connect to practitioners and specialists locally or internationally. We are delivering Health@Hand to enhance access to quality and confidential health advice.

We have proven our scalability from launching in 8 African countries and onboarding users and doctors for these countries. These target markets are countries with relatively high connectivity penetration and smartphone access. These are also English speaking African countries, since the first version of YAPILI is in English. There are 365 million online users across the African continent. A good representation consists of showcasing the Facebook users, which is a total of 170 million; representing 47% of our Total Available Market (TAM). Amongst our 8 target markets, 10% of the TAM qualify as English speakers, with access to Internet, and within the 18-35 age age group. This is 41 million users. YAPILI functions beyond borders, which is why scalability is one of our core mission.

Our revenue model includes four revenue generators. 1) User subscriptions of 1 EUR per month through mobile payment directly from the user or a partner organisation paying on their behalf (e.g. universities, NGOs, telecom companies, etc). Up to 85% of user subscription goes to doctors’ financial incentive scheme (based on preset KPIs), while the remaining supports the maintenance of YAPILI technical platform. We foresee the customer base of YAPILI to grow to 12M users (30% of Serviceable Available Market) leading to 118M EUR in revenue and 8M EUR in profit by end of year 5. Upon projected traction, further monetisation
opportunities include the subscription plans for: 2) Big Data reports and analytics, 3) Referrals to healthcare providers, clinics and pharmacies (directory, appointments, transfer & upkeep of digital user profile and health history, e-prescriptions, payments), 4) Digital Advertising services for digital market outreach towards segmented populations.

Many solutions have tried to expand access to healthcare to Africans via the web, but these solutions have overwhelmingly succumbed due to inability to scale, lack of acceptability of the technology, and unreliable infrastructure. However, inspired by the phenomenon of gig-economy and end-user platforms in other industries, YAPILI brings an innovative model to healthcare and relies on three elements leading it to success at scale: real-time, crowd-based and peer-to-peer.
YAPILI leverages upon existing knowledge regarding mhealth in Africa (what works and
what doesn’t work), combined with the international peer-to-peer approach that has
strengthened existing tech models. Similar solutions include platforms such as HelloDoctor (South Africa), iVitalz (Zambia), Kangpe (Nigeria), and passive market contributors such as Google search and Facebook groups for targeted health advice. However, we distinguish ourselves in several ways that
provide undeniable value to our users. Firstly, unlike other platforms such as Facebook
groups and HelloDoctor, seeking health advice via YAPILI’s platform is a completely
anonymous process (i.e. the personal identity of patients is not revealed to licensed doctors on
the platform). Because of this, coupled with the fact that users are assured in the quality of
advice from licensed doctors on the platform, users are empowered to speak openly about
health issues that may otherwise go unaddressed, without fear of stigma. In contrast to other
dedicated health platforms for the African market, YAPILI is low cost to users, which
provides a user with unlimited access to the platform and eliminates cost-related barriers to
access.14 We know that, when examining other mHealth solutions in Africa, scalability is a
recurring issue due to the limited amount of doctors in our target market. Reliance solely on
the African health workforce only perpetuates the ongoing problem of limited doctors per
population. YAPILI’s model includes doctors based in and out of Africa to improve
scalability and access for users.
Due to our knowledge of the current market, we also have a perspective on the challenges can that be faced when delivering cross-border medical advice. We know that, despite
smartphone usage growing in Africa, many still do not have access to Internet and also may
not even be able to read. We are working to address this with NGO partners, to provide
access to YAPILI for more persons via community care providers. To avoid the development
of a parallel system in which YAPILI is separate from the main health system, in our
roadmap we plan to work with Ministries of Health to integrate YAPILI within local health
systems to provide more streamlined referrals, making YAPILI a new entry point into
African health systems.

An element that is unique to YAPILI is our sustainable, scalable and impact-driven core philosophy which is seen throughout each corner of our business. As a social enterprise, we are impact driven which partly signifies that we want to empower the local stakeholders. We are the only mHealth solution designed for the African market, that lifts borders by connecting African users to doctors anywhere in the world. We believe that the rise in access to technology in emerging markets, allows us to connect people to expertise abroad. Importantly, compared to other telehealth startups, we are driven on data confidentiality and user anonymity. Furthermore, our business model is sustainable is based on 3 revenue streams; including micro-subscription fee, subscription for online campaigns, and subscriptions for aggregated/encrypted data from our YAPILI Data User Interface; which has the ability to prevent or manage epidemics and enhance big data for health analytics in Africa.

the expected organisation is one that is lean and sustainable within the end of year 2 following expected investment.

We launched our pilot app and web platform which has the ability to deploy a medical questionnaire, record the answers into the user's profile, suggest 3 relevant doctors, user can open/close health cases.

Our 2 software developers are in-house, and we partnered with First Line Software for further technological adaptations. We had a leading Dutch legal partner; which incorporated our legal framework for cross-border medical advice. We are part of communities and innovation hubs such as the Botswana Innovation Hub, to increase exposure (for competitions, on-boarding new users, gaining partnerships, etc.) We have since partnered with Sanofi (pharma/Africa) and Aidsfonds (NGO/Netherlands) to support our business model, form further partnerships, obtain investment and reach more users and doctors in Botswana and Kenya.

We found that mental health was popularly discussed, and especially since there is barely any work done in mental health in Kenya - we decided to focus our partnership with Sanofi on developing a mental health branch for the Kenyan youth.

We will hopefully do a re-launch following the closure of our pilot in Q1 or Q2 of 2019 with 2 branches focused on HIV/Aids and mental health; currently being developed. The strategy is to re-launch with our business model in place in order to start collecting revenue and make our business sustainable with continuous improvements and increasing reach in our target markets.

May 2018: Winner of the Telemedicine Challenge by Sanofi Africa at VivaTech (France)

May 2017: The Hague Company of the Month by West Holland

We want to continue positioning YAPILI as a medical records solution; and eventually get involved with SAS (Software as a service) to centralise patient information via the YAPILI software in healthcare facilities. We want to build communities on YAPILI, where users can discuss related health concerns with some professionals' feedback. We also want to integrate a professionals community where doctors from the Netherlands (and other Europe/Asian countries) and local African doctors can connect. Regarding the business model, we want to ensure the sustainable and accessible integration of our subscription models by involving employers, telecom operators and insurance companies in collecting users' monthly subscription to the YAPILI services. In the following 2 years, we want to integrate YAPILI into pharmacies, insurance companies and facilities.

YAPILI has been "live" in 8 African countries since the launch of the pilot. Thanks to rapidly growing mobile technologies across Africa, we are no longer confined to borders to enhance access to health care in Africa. We now have the ability to connect Kenya patients to doctors in Nigeria, France and Japan. However, as it is crucial to empower the local market, which is why we are growing our African doctor-base. Unfortunately, there is a huge lack of medical expertise in the continent at this moment, which can be supported by bringing expertise from abroad. The future for YAPILI goes beyond Africa... but let's first tackle our key markets!